PEER hosted the inaugural Seismic Design Competition in 2004. It was traditionally held at EERI Annual Meeting to gain exposure by practicing engineers and researchers. In 2008, the organization of this competition was transfered to EERI. See the EERI website for more info about recent competitions. 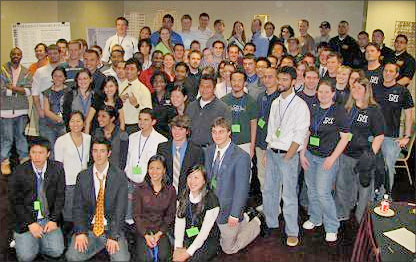 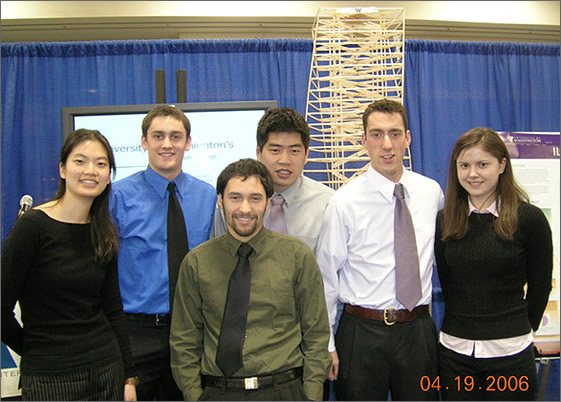 Using balsa wood and glue, each participating team was required to design, analyze, fabricate, and subject a scaled model of a 30-floor office building to earthquake motions of up to 7.2 magnitude on a shake table. In addition, each team was required to discuss how its model could deliver the highest financial return for the building's owner over its lifetime.

The competition was made possible through support from PEER, EERI, and volunteer efforts of the Student Leadership Council (SLC). A $900 cash prize was awarded to the top three teams by Refraction Technology.

Next year's competition is tentatively scheduled for Los Angeles. 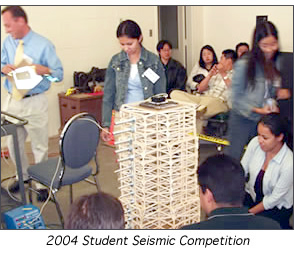